The adage “Pollution is the price we have to pay for modernization” seems to define perfectly the challenges that persist in cities today due to Globalization.

This in-turn has brought to light the necessity to have “smart cities”, development keeping in mind the environment. But it is easier said than done, while aiming to become one of the smart cities, there is an enormous amount of complexity involved which requires its own mix of solutions. Cities need to substantially increase the efficiency in which they operate and use their resources.

One way to overcome this challenge is by horizontally interconnecting individual systems such as electricity, water, sanitation and waste  management, transportation, security, environmental monitoring and weather intelligence. Moreover, the growth of cloud computing has substantially reduced the cost of storing information. New developments in machine learning and  advanced analytical tools along with Internet of Things (IoT) and inexpensive sensors are helping track a vast array of information needed for the development of Smart City.

There is a high-visibility campaign around Smart Cities Mission initiated  globally which is said to transform urban life. To highlight an example, the Array of sensors has been installed on Chicago streets, which let people download the raw data on air quality, transport, pedestrian movement and standing water. Utilizing these opportunities, several organizations have developed Smart City solutions. Keeping in mind the same, APAC CIO Outlook brings to you “Top 25 Smart City Solution Providers - 2017” to help reflect on some of the most promising Smart City solution providers in the APAC market. Our panel of editors, industry researchers, and executives has diligently curated this list of providers and believe that from this issue, businesses would be able to gather  valuable insightsin determining their best document management partner. 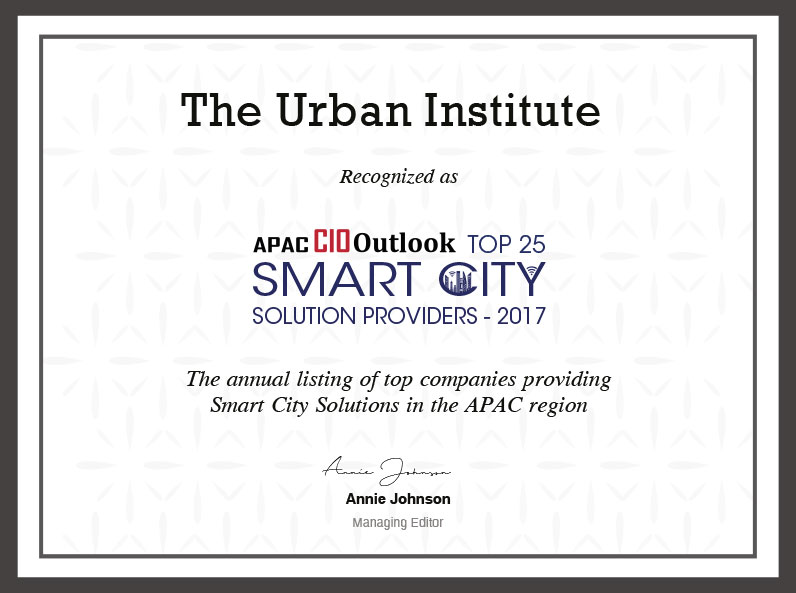 For the team at [ui!], the primary aim has been to provide a platform for cities that enables them to integrate public legacy data with new data to deliver smart services. The firm’s flagship product, UrbanPulse, is “the heart and the cockpit of the Urban Institute” that ensures efficiency in different functionalities of a city, and has the ability to connect all corners of a city together to create services that benefit the entire population. The platform is open and flexible in analyzing data to offer services that best suit a client city’s requirements, while avoiding vendor lock-in.

From fleet services to carbon dioxide reduction in cities, the team Urban works across all the corners to deliver smart results 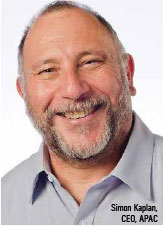 The company effectively identifies gaps in a city’s existing data ecosystem, and merges existing with new data to create a platform that affords relevant smart services. By collaborating with lawmakers, community leaders, corporations, and grassroots change-makers the company diagnoses problems and designs road maps, creating core technologies that serve a city well. From fleet services to carbon dioxide reduction in cities, the Urban Institute interconnects different systems of a city to deliver the best smart results.

Citing some of the company’s successes, Kaplan notes that the Urban Institute assisted cities to reduce their public waste-bin pickups by identifying when bins needed emptying, reducing the cost of public waste management by 30 percent. [ui!] also assisted in reducing the number of vehicles in a city by analyzing the movement of vehicles using traffic management data. This reduced the congestion level in the city by five percent.

While smart city initiatives promise to change the way we live, one challenge in that direction is the cost to deploy new networks to capture and leverage data. To counter-balance expense, Urban Institute reuses existing data that allows cities to maximize the ‘value of data’ and increase the return-on- investments a city has already made. “The UrbanPulse implements a multi-sided data market that allows cities to realise the value of their data and accelerate the delivery of smart services”, says Kaplan. Cities also face the dilemma of choosing the ‘right technologies’ which optimally meet their needs. Leveraging its expertise, The Urban Institute can assist cities to improve aspects such as traffic flow and pollution. The firm also provides an energy management tool that maximizes benefit across a city of renewable resources.

With a culture that promotes self-management, the team at Urban Institute operate with a high level of trust and promotes an open environment that encourages each to have a say. While its offices are dotted across the world, the entirety of Urban Institute team works as a tightly integrated network which delivers valuable services for cities. Having established itself in the European region, the firm aims to expand its services in the U.S. and Asia (China, India, Singapore, Malaysia, and Thailand). “From a technological standpoint, we are adding new suites of services to support the existing services alongside building micro- services and networking capabilities,” concludes Kaplan