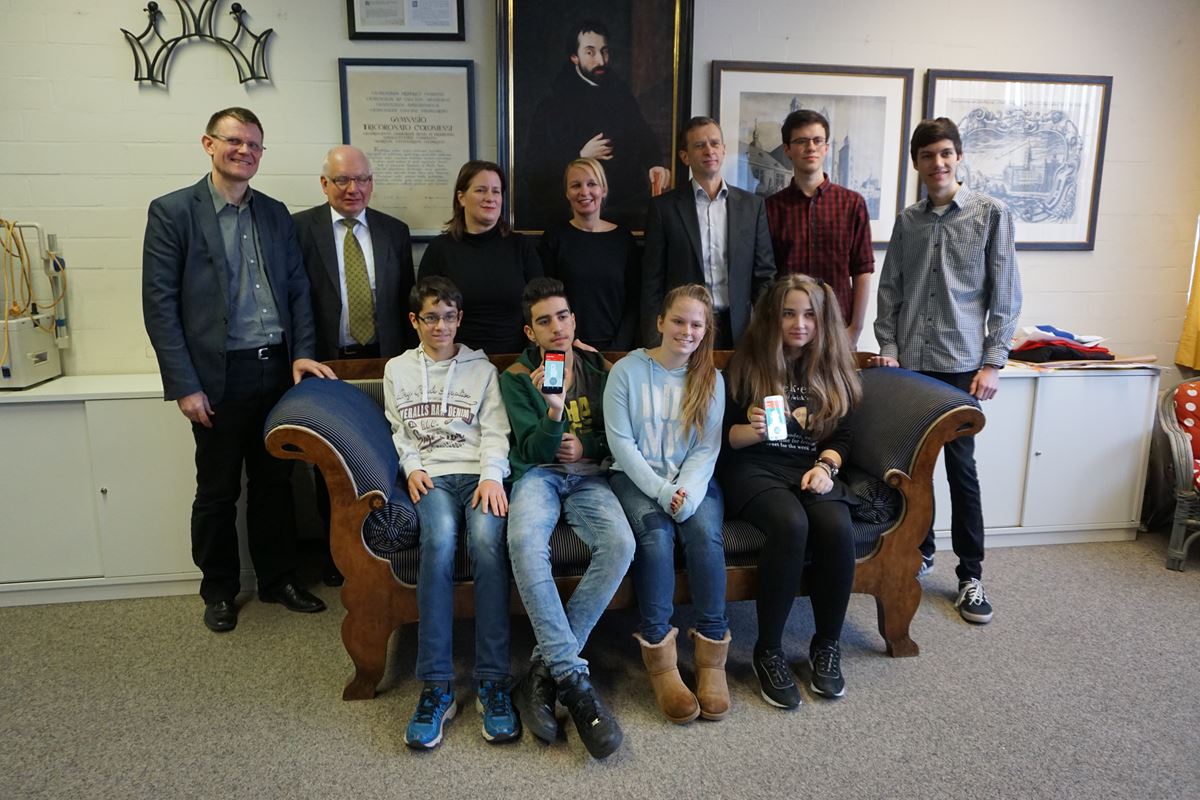 To enagage students in the issue "Climate Change - What can I do about it", the German energy provider RheinEnergie and [ui!] have started the project "Klimabär" (eng: "Climate Bear"). For the project three classes from the school Dreikönigsgymnasium compete for the lowest energy consumption in their classroom as part of the city wide initiative SmartCity Cologne. The educational part of the project was developed by the IT teacher Miriam Ruschhaupt in order to bring the issue of climate change closer to her students.

Before the project, for many students the issue of climate change seems far way. But with the Klimabär-App developed by two former students, each student can now contribute to the reduction of their energy consumption and therefore reducing harmful effects to the world's climate. The required data is taken from heating measurement technology of the project partner Brunata-Metrona and collected, processed and visualized with help of the platform [ui!] Urban Pulse. Other partners included manageE and NetCologne. 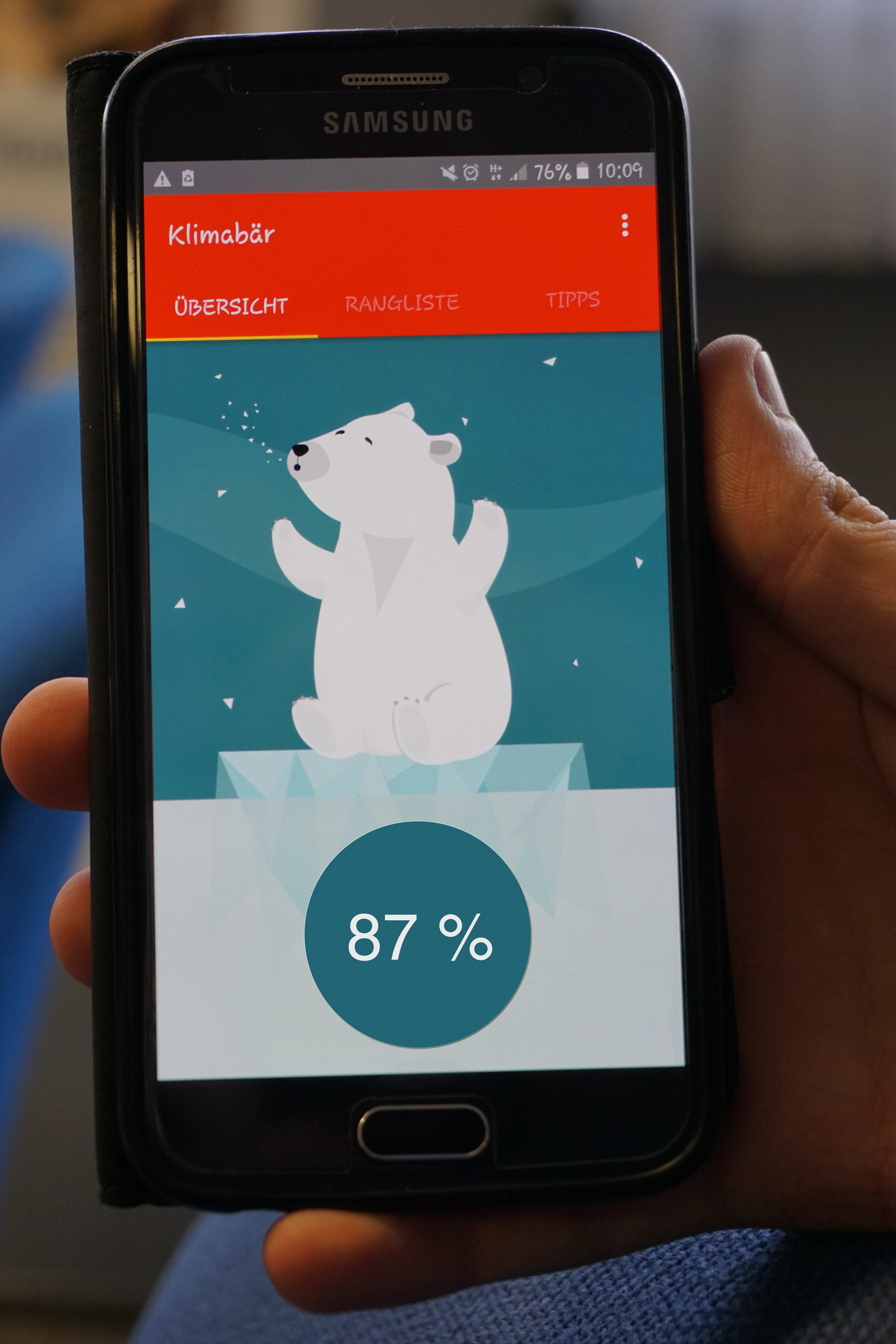 For four weeks three classes in year eight identified the consumption of electricity and heat in their classrooms. In order to achieve this, the project partners and RheinEnergie equipped the classrooms with instruments and the heating valves, so that the students could regulate the heating system themselves.

To visualize the energy consumption and its consequences, the former students Leonhard Wattenbach and Steffan Schlein have developed the app "Klimabär". It shows a polar bear on an ice floe, which with increasing energy consumption - measured in intervals of 15 Minutes - is getting smaller.

The class, which, at the end of the competition has used the least amount of energy, wins a price. Additionally, there are weekly goals, which the classes have to achieve in order to increase the well-being of the virtual polar bears. These objectives are matched with the Geography lessons, which deal with the change of economic areas through the influence of globalisation in year eight. 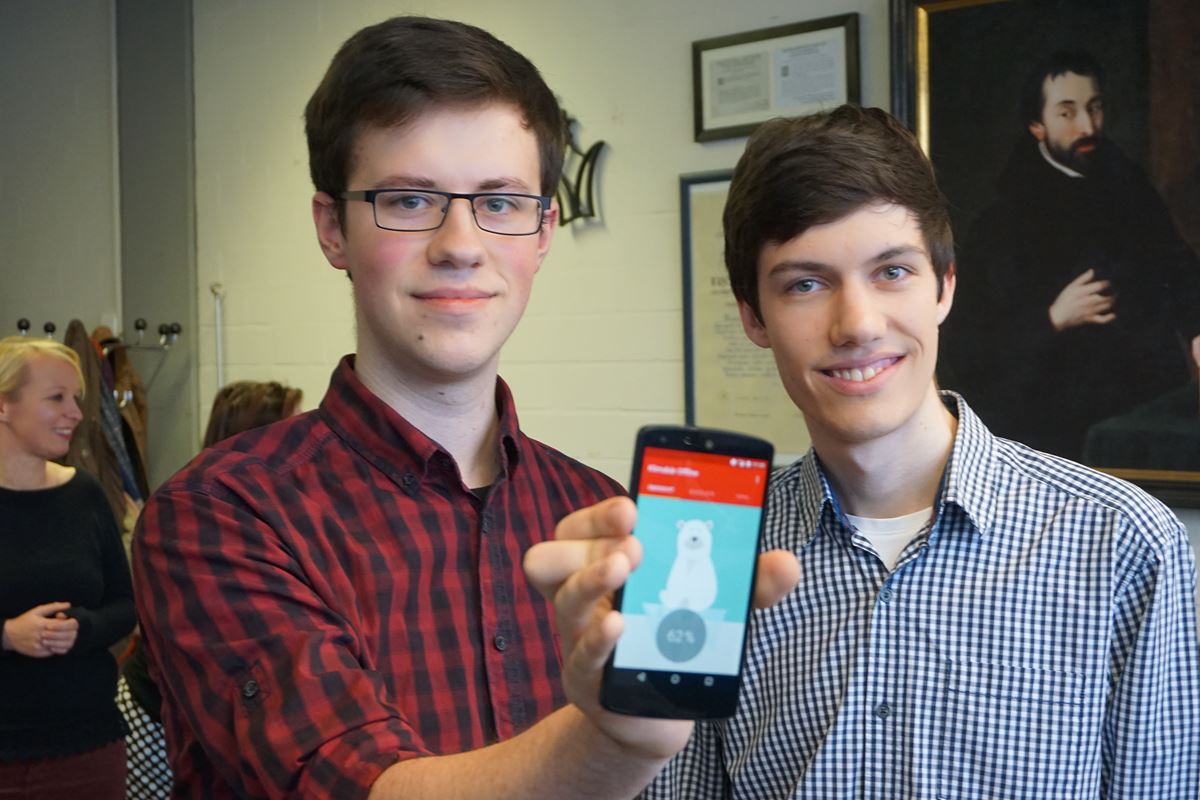 The two app developers: Steffan Schlein (l.) and Leonhard Wattenbach (r.)
The aim of the project is to engage and inspire the students for the areas "energy" and "climate change".

SmartCity Cologne is an initiative of the city of Cologne and RheinEnergie, a platform for different projects for climate protection and the turn around in German energy policy. Everyone can join: individuals, companies, associations and initiatives. Together intelligent ideas and innovative techniques are being developed, which make Cologne an ever better place to live.