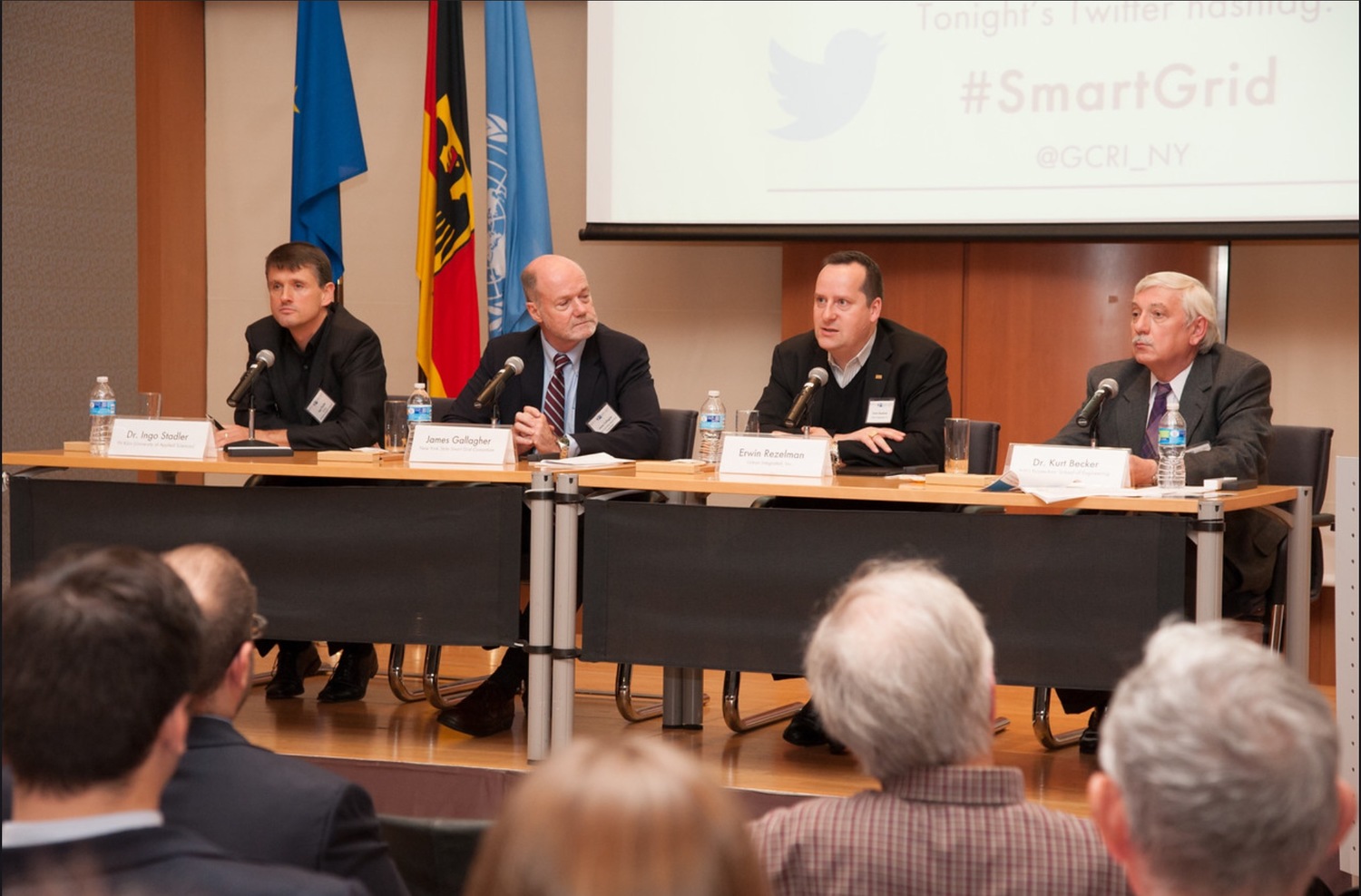 New York, Nov 11, 2015 - [ui!] Urban Integrated, participated in a panel discussion on smart grids organized by the German Center for Research and Innovation in New York. The event was held in a full auditorium of the German House in front of the UN. Erwin talked about the use of renewable energy in conjunction with the grid as a key element of ensuring energy for smart cities. This was highlighted by the urban institute group project in Saarlouis, Germany, where solar energy is used produced and used at source. Any excess energy is sold through an on-line market place to other households in the same neighborhood or "holon". The US does not allow private consumption and sharing of renewable energy at source, but for a more robust resilience of cities and to meet the growing future energy needs, this will certainly be a factor to deal with in the near future.